How To Watch Wales vs England Live From Anywhere

Group B ends with what we must legally refer to on at least one occasion as a Battle for Britain with Wales out to spoil the day against England in what is almost certain to be their final match of the World Cup. Rob Page’s side need to not only beat their neighbors but also hope that the USA and Iran split their points if they are to sneak in, an unlikely scenario indeed.

England’s task is rather simpler. A win guarantees them top spot and a draw takes them through to the round of 16 in first place if the US win. All they need to do to be certain of qualification is not lose by four goals. They couldn’t, could they? Here is how you can watch the match and what you need to know: 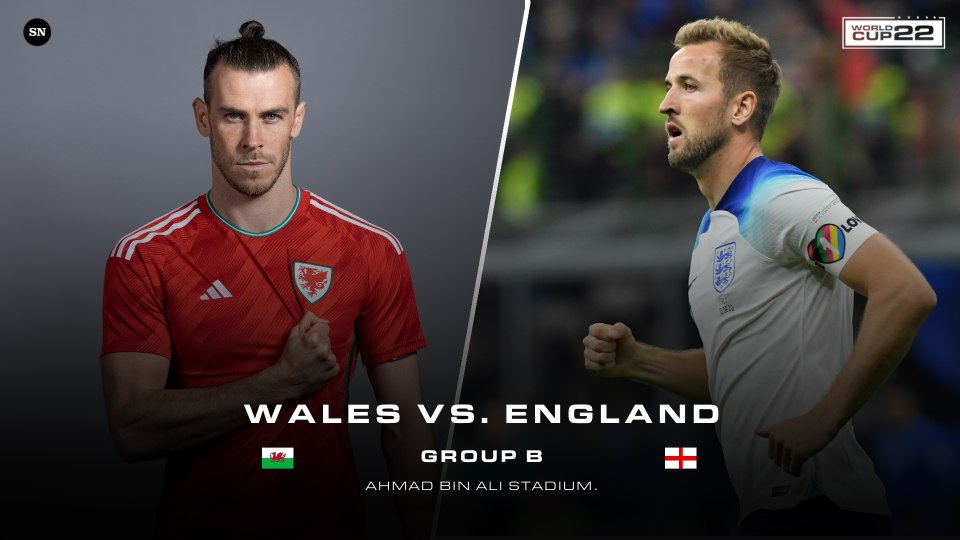 Wales: Will this game prove to be Gareth Bale’s last stand on the international stage? His answer to that was brusque enough in his pre-match press conference. “Nope,” was as clear a one-word answer as he could offer. If that is indeed the case for one of Wales’ greatest ever (and another in the form of Aaron Ramsey) then might Page be better off testing out some of his younger players on the bigger stage?

The Welsh manager intimated that he would consider doing exactly that. “It’s a big ask for anybody in this environment to go four days later from one competitive game to another,” he said of Ramsey and Bale. “They are talented footballers. OK, we’re all getting a bit of criticism right now, and rightly so because results ain’t going our way and [because of] our performances. That’s the industry. We’re big enough to take it – it’s not a problem. We’ll put our big-boy pants on and get on with it. We’ll have a team that’s ready for England.”

England: Friday’s 0-0 draw with the USA has unleashed the customary wave of soul-searching that follows any dropped points (or even unimpressive victory) in England. The clarion call has gone up for a savior, as it so often does, with the punditocracy landing on Phil Foden as the answer to England’s woes. Often that is in place of Mason Mount, disregarding the fact that Foden has played almost exclusively in the front three for Manchester City in recent years.

Certainly Raheem Sterling and Bukayo Saka should feel that they have to fight for their shirt after struggling last time out whilst Harry Kane’s foot might need some rest after he labored through the second group game, a far cry from the dynamic presence he had been before taking a knock against Iran. There may not be mass changes from Gareth Southgate in Al Rayyan, however, with the England manager saying he cannot simply hand out caps to fringe players.
Prediction

England have wobbled in group games before but they tend to bounce back with verve, something which may be bad news indeed for Wales. Pick: England 2, Wales 0